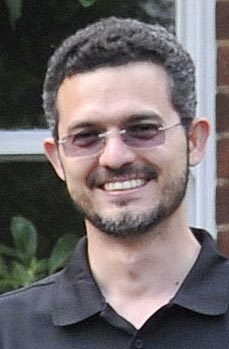 We are collaborating with Professor Doctor Mateus Mondin from the University of São Paulo, ESALQ, Piracicaba, Brazil, on repetitive DNA evolution in Medicago DNA sequences, and its contribution to genome evolution and variation. The environmental, nutritional (animal, and plant through nitrogen fixation) and economic importance of this family, combined with the availability of large amounts of legume DNA sequence, makes it important to study.  The Leicester group also has projects with Brasilia on Arachis/peanut and on diversity of cowpea (Vigna unguiculata) with collaborators in Ghana and Italy. Genome sizes vary widely within genera in legumes, partially accounted for by huge differences in both tandemly repeated, satellite, DNA and retrotransposons, and the work should help understand the evolution of these differences, and how we can exploit them in plant breeding contexts to use the diversity in different legume genera at diploid and polyploid levels. 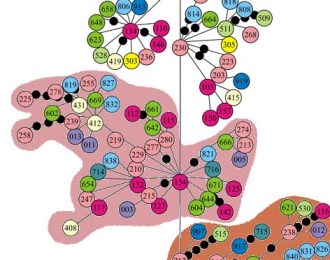 groups, being dispersed or in tandem repeats. Into in tandem repetitive sequences, satellite DNAs certainly is one of the most important. This class of DNA sequence plays important functions in the genome, for instance, composing telomere and centromeres. Nevertheless satellite DNA sequences can appear interstitially on chromosome arms with an unknown function. Often, satellite DNA is cytological and molecular organized as Constitutive Heterochromatin defined primarily by epigenetic indexing of DNA and histones, mainly by methylation.

Satellite DNA is one of the most rapidly evolving classes of DNA sequences to diverge during evolution through concerted evolution – sequence homogenization. This feature confers a unique property to satellite DNA sequences (satDNAs) being useful as a powerful marker to chromosome identification. Through fluorescent in situ hybridization (FISH) satDNAs may be mapped onto chromosomes producing a specific pattern of labeling, allowing a precise identification of each chromosome pair. Also, its rapid evolution produces species-specific satDNAs with a common ancester, and with an adequate time of divergence the sequences can be differentiated by FISH. Interesting examples can be accessed for Drosophila, Bovids and Arabidopsis. The study of satDNAs might let us understand how the heritable material drives genomes shape during evolution [natural selection] or artificial selection.

Isolating, sequencing, studying their pattern of evolution and level of homogenization, and physical mapping by FISH of satDNAs may generate powerful markers for plant breeding programs and to understand plant diversity [biodiversity] and how to manage, conserve and uses it in benefice of humankind through the development of new cultivars for a sustainable agriculture, mainly in the tropics.

Our main aim is the comparison of genotypes and epigenotypes across environments, looking for interesting phenotypes [=GxE], since the global warm will have a big impact on plant production and will affect biodiversity.

We have been using Medicago truncatula [2n=2x=16 and ~ 500 Mbp] as a model, once its genome has been drafted, however, repetitive fraction, especially satDNAs has been a lack. M. truncatula is representative of a big group of crops as Phaseolus (bean), Glycine (soybean), Pisum (pea), Cicer (chicken pea), Vicia (fava bean) and others, those has a special feature, the capacity of atmospheric nitrogen fixation by their interaction with some groups of bacteria. Most of them are able to fix tons of nitrogen in the soil, reducing the impact of nitrogen fertilizer usage in the fields, one of the most polluting industries in the world.

In our main research line are other three important crops capable to produce bioenergy [Biofuel] as sugarcane (Saccharum), Crotalaria and Eucalyptus. 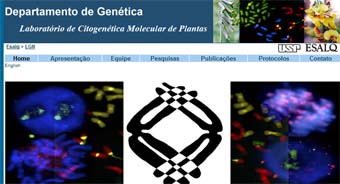